We met with Liz and Landon before sunrise and hiked up to their ceremony spot overlooking the Olympic Mountains. A few deer showed up for the ceremony (although none of them RSVP’d). So we kept our distance, and in the quiet moments before sunrise, these two privately exchanged their vows.

After a break in the afternoon, we met up along the Coast to hike for sunset. Once we reached the end of our hike near these beautiful rock formations, Liz and Landon took off their hiking boots and danced around on the beach barefoot. The wind was whipping like crazy and the waves were unbelievably loud. So we were all shouting and laughing as we ran around the beach.

It was so joyful and sweet watching these two dance and play with one other with such a stunning backdrop to end their elopement day. By the end of the day, we were all muddy and covered in sand, but none of us cared. We watched the prettiest moon shine through the rolling clouds as we walked back along the beach to our cars.

So excited for these two sweethearts and their marriage together! 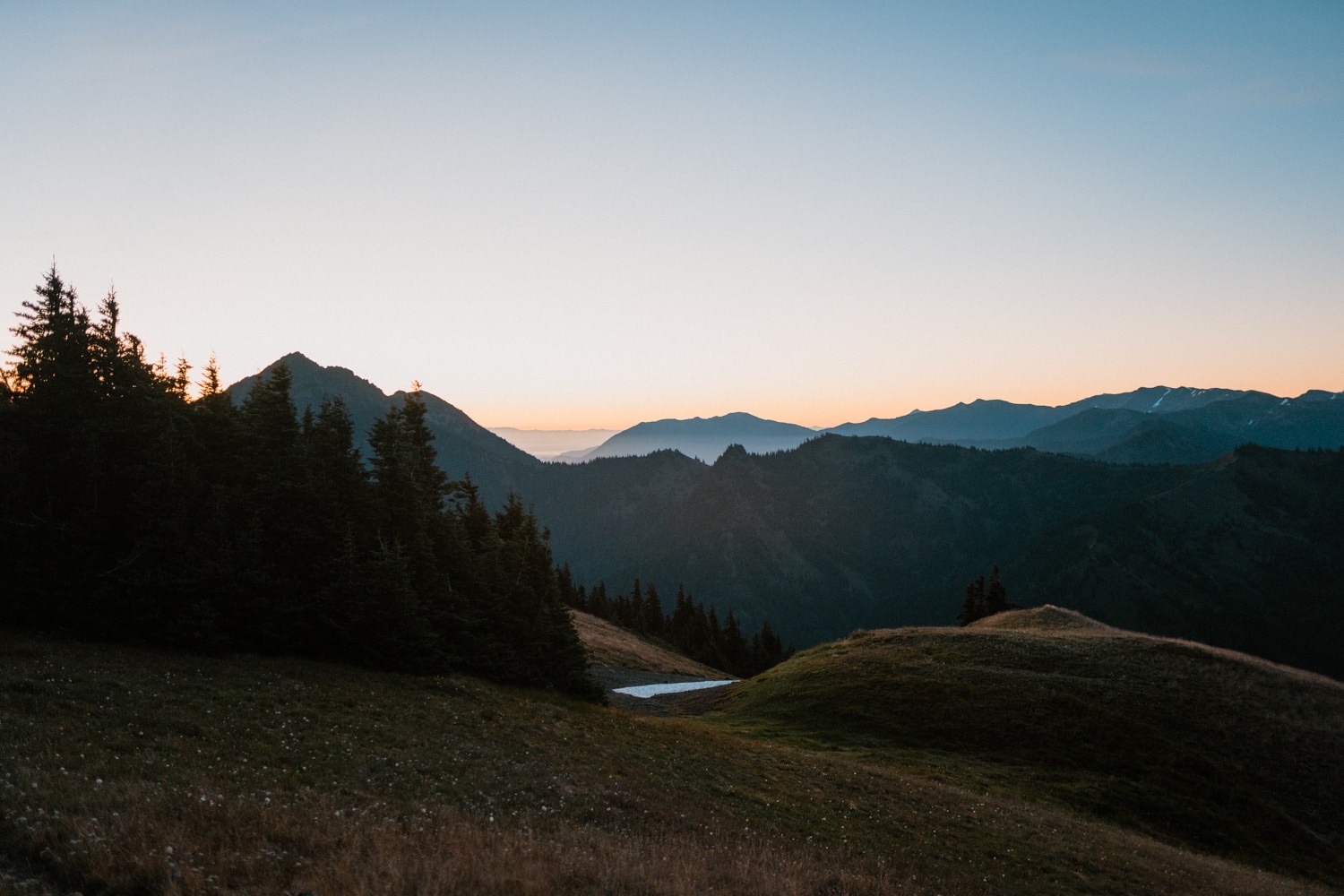 Elevation gain out West isn't a joke. I mean...you

This is the first year we've really had requests f

A rare engagement session from us ✨